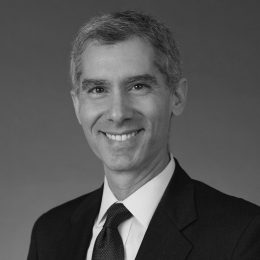 Elan Journo writes and speaks for ARI; he is a senior editor at New Ideal; and he is an occasional guest instructor at the Objectivist Academic Center. In 2012, he launched ARI’s Junior Fellows Program and led it until 2018.

Mr. Journo specializes in the application of Rand’s ethics of rational egoism to public policy issues, and his research and writing focus on American foreign policy. His 2009 book, Winning the Unwinnable War: America’s Self-Crippled Response to Islamic Totalitarianism, analyzes post-9/11 U.S. foreign policy from the perspective of Rand’s philosophy. He is co-author, with Onkar Ghate, of Failing to Confront Islamic Totalitarianism: From George W. Bush to Barack Obama and Beyond. He is a contributor to Defending Free Speech and A New Textbook of Americanism: The Politics of Ayn Rand. His latest book is What Justice Demands: America and the Israeli-Palestinian Conflict.

His articles have appeared in a wide range of publications, from Foreign Policy and Middle East Quarterly to The Hill and the Los Angeles Times. He has been interviewed on numerous television and radio programs, and he often speaks at conferences and universities.

Mr. Journo holds a BA in philosophy from King’s College, London, and an MA in diplomacy from SOAS, University of London.

What Justice Demands: America and the Israeli-Palestinian Conflict June 2018

Failing to Confront Islamic Totalitarianism: From George W. Bush to Barack Obama and Beyond  September 2016

“Why Ayn Rand Was Right to Testify Against Hollywood Communism,” July 24, 2019

Jihadists: Understanding the Nature of the Enemy, New Ideal

“The Misunderstood Mullahs”: Book Review of Iran’s Deadly Ambition in The Claremont Review of Books, March 31, 2016

“Islamist Winter”: Book review of Spring Fever: The Illusion of Islamic Democracy in the Journal of International Security Affairs, Fall/Winter 2013

Making Sense of the Israeli-Palestinian Conflict

The “Virtue of Selfishness”? Ayn Rand’s Ethics of Egoism in Your Own Life

“An Introduction to Ayn Rand’s Ideas”

Selected blog posts at The Times of Israel